We knew from the beginning that our party had to be set inside Hogwarts castle. We loved our backdrop during Christmas and knew that it would be perfect for the party as well. The wall backdrop was made out of plastic sheet from oriental trading which we had hot glued onto bed sheets. We also reused the portraits and the floating candles we made for Christmas. 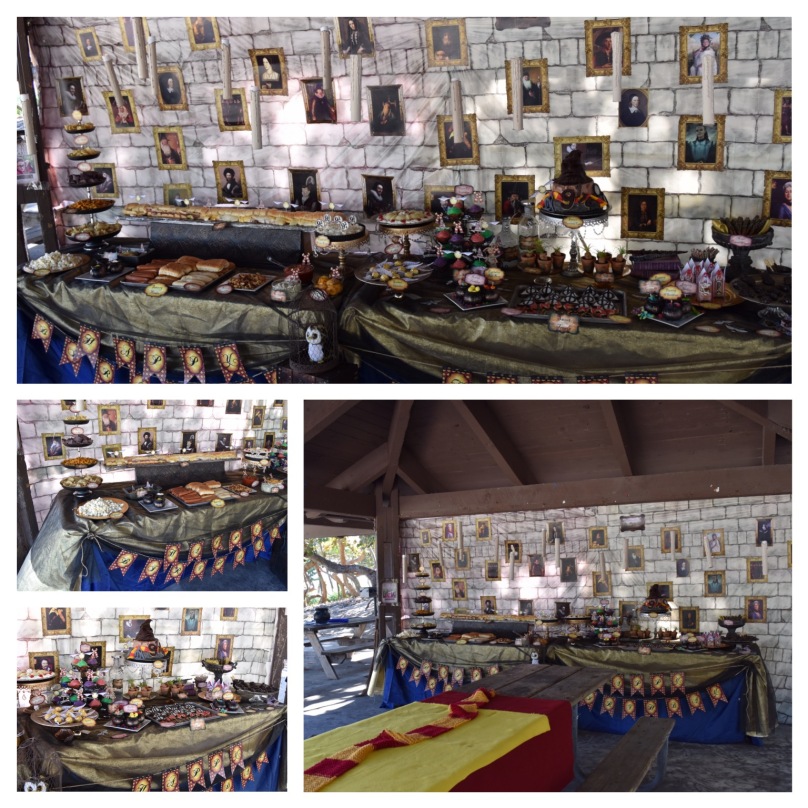 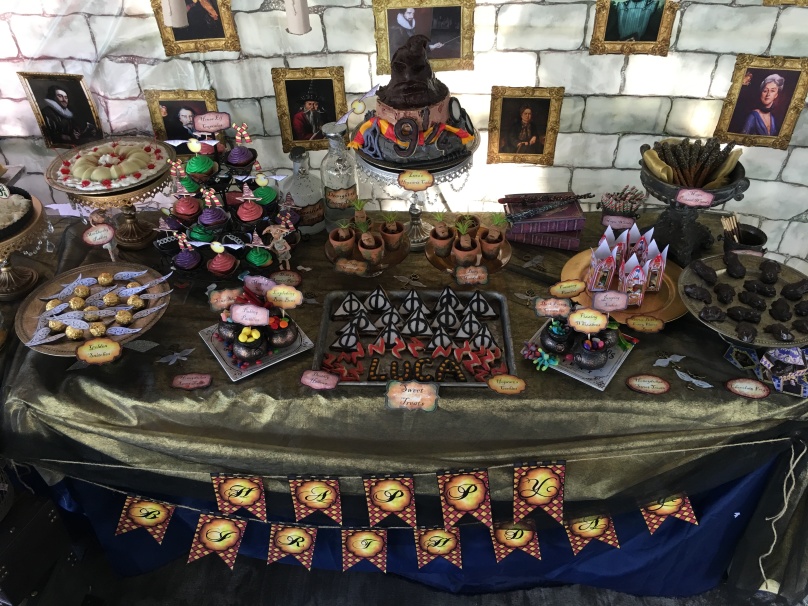 Our sweet table was a mixture of Honeydukes, magical inspiration from the books and our own imagination. From baby mandrakes, a sorting hat cake,  jumping snakes, puking pastilles, house elf cupcakes to snitches, chocolate frogs, every flavor beans and more, we wanted something special for any witch or wizard….

We asked Luca what kind of cake he wanted, and he decided on the sorting hat, which was made out of rice crispies and fondant. The cake was one of the last things we made and unfortunately we ran out of time, because we wanted to paint it also with food coloring to give it more dimension. Also because of the hot weather in South Florida, it had melted a little. But well, mishaps happen… 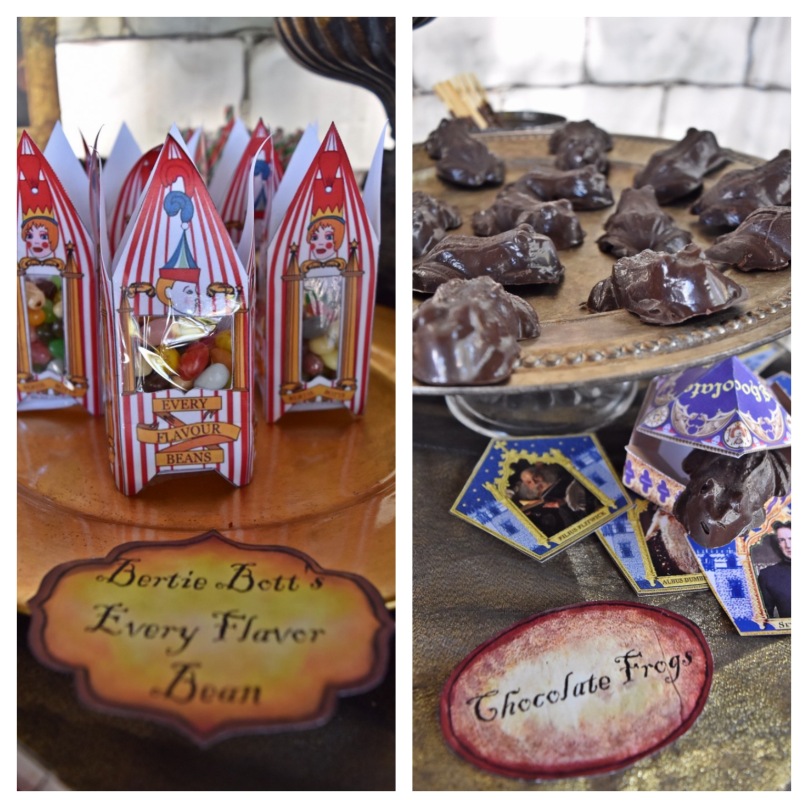 When we decided on the design for the cupcakes, we did not want to have “House cupcakes” because we are all Gryffindor fans in our heart. So I had the idea to use Dobby as our inspiration. Little elfs on all the cupcakes would have been cute, but we already had the cupcake toppers that we designed and are available in our etsy store. My sister made a clay Dobby and clay socks and the House Elf Cupcakes idea was born…

To display the Honeydukes treats, we bought cauldrons from the Dollar store that we had washed inside and glittered outside for a more magical look. Of course chocolate frogs, golden snitches and every flavor beans had to be there too…We found templates for both packaging and the wings online that I will share at the end of the post. Pretzel sticks dipped in chocolate and golden/silver sprinkles became magic wands… 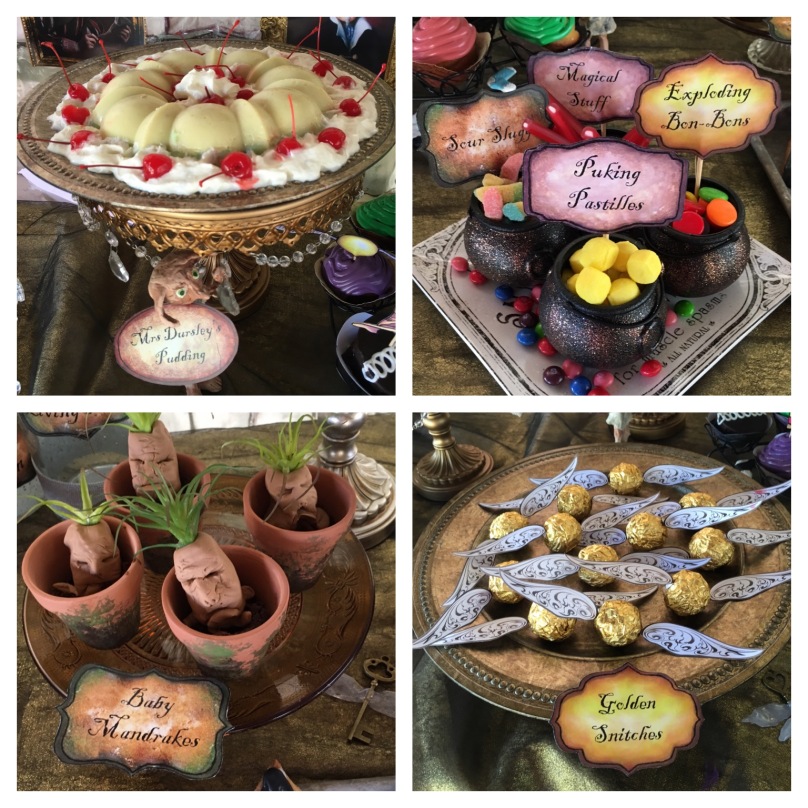 The mandrakes were chocolate cakes inside a pot that was painted to get a more earthy look with fondant Mandrake plants planted inside (the top was a plastic plant cut in pieces). We had Deathly Hollows and red scar sugar cookies and a Mrs Dursley Pudding (with another Dobby) that could have flown up in the air and crash any minute.

We are working on a Harry Potter printable or ready made party package. We already have the photo booth props, cupcake toppers and the invitations for sale, but we will also offer the food tags, garlands, water bottle wrappers, signs, favor boxes and wands as soon as possible. If you are interested in any of our items, you can always contact us at thepartyevent@gmail.com

Chocolate Frogs box template: (I changed the font in golden)